Last weekend I proposed to the love of my life and I’d better write about it because this is a story that we will remember and tell time and time again.

Autumn and I met over 5 years ago at Safehouse coffee shop at a time when I was frequently told it was a bad idea to go out with anyone you met there. After Safehouse would close, neither of us wanted to go home so we would stay up talking about everything in one of our cars in the parking lot until the sun rose the next day. One of these nights she drove us up to one of her favorite spots growing up to watch the sunrise which led to our first kiss.

After writing that last bit I cannot even explain why it took me over 5 years later to realize she is the one. I have had several thoughts about proposing in the past but none as strong as about a month ago. I started thinking about the ceremony idea and how shy I am about being in front of everyone and even dancing. I finally realized, while I am still scared, My love for Autumn is so much more powerful than my fear for anything.

I called my parents and had their permission immediately, they have loved Autumn as a daughter for quite some time. We were heading up to Phoenix the next weekend for her mother’s birthday which would be the perfect opportunity to ask for her mother’s blessing in person.

Asking Autumn’s mom’s permission was hard. We hadn’t visited since December and Autumn was inseparable from her parents. I was nervous in the first place. I got a few short moments with them alone in a department store and choked. I came really close to sitting with both her parents on a bench to wait for Autumn but her mom took off to check out some more deals. So then I was sitting on a bench waiting with her stepmom Ina. After a few minutes of small talk with Ina, I brought up the fact that I was nervous because I want to ask Lori for permission to marry Autumn. She quickly came up with a plan to sneak Autumn away so I could ask her in private.

We all went out for dinner then when we went back to her mom’s place. Ina had informed Lori that I wanted to speak to her in private and quickly took an opportunity to keep Autumn occupied. I sat down with Lori, ignored nerves, and got right to the point, and asked for her permission to marry Autumn. Lori started to cry and said of course. After we talked about some more details she presented me with her engagement ring, which was an amazing gesture.

After that Autumn had come back inside and we had to carry on as nothing happened. The moment of asking her mom really moved me, it was so hard not to talk about it to anyone for the next few days. We went and spent time with our friend Derek and it killed me that I couldn’t talk to him about it because Autumn was there the whole time.

The next week proposing was all I could think about. Every moment I could find without Autumn was spent looking at rings online. Autumn’s mom had told me I didn’t have to use the ring she gave me and I had a few good reasons not to. First I know Autumn likes white over yellow gold, and second, the ring was from her father who needs not have a part of her life anymore. So I would ring the shop every moment I had.

The next Tuesday Autumn and I had dinner at PF Changs to finally spend our Xmas gift cards there. Her fortune read “You will receive a surprising gift soon”. The way she read it floored me and I suspected for a moment she knew. I held on to those fortunes and told some friends about it. After a week of shopping every chance I could get I found the perfect ring. I was into the solitaire rings but I came across a “Past Present Future” ring that was perfect. It has 5 small diamonds leading and following the center diamond, which is a perfect symbol for the 5 years we have been together.

That Friday my department at work got out an hour early which gave me the perfect opportunity to go look at the ring in person. I rushed up to Tucson mall and the ring was perfect in person. I sent it out to get resized and put a rush order for Tuesday on it. Autumn called me when I was in the mall parking lot after she got off of work. I offered to meet her for dinner saying I was driving home midtown. She bought it.

The next Tuesday I got a call the ring was in the store and talked my manager into letting me out of work early. I was driving up River and received a text message from Autumn “I’m off work and on River would you like to go to Safehouse or home?”. I freaked out and turned off of River as soon as I could. If she saw me in traffic I don’t think I could have explained my way out of that. I made it to the mall, got the ring, and got home in time to play off that I had gotten off work at a normal hour.

The whole rest of the week having possession of the ring was torture. I had planned on proposing on a hike and even told her mom about that. I managed to talk Autumn into a day for us that Saturday where we could go have a picnic on a hike and have a whole date day for us planned afterward. She suggested Sabino Canyon which was perfect.

Autumn got sick on Thursday, and even worse on Friday. Friday night she was really feverish and drove home early to get some rest. I ran to the store to pick up some Nyquil and did everything in my power to bring her back to health. Saturday morning she woke up feeling much better and the picnic was on.

Autumn was talking on the phone to her mom and I had called my brother to let him know we were going. I went to the hiding place and pocketed the ring next to my wallet. I heard Autumn tell her mom that we were going on a hike, her mom knew after that.

I was very conscious of the ring in my pocket the whole trip. I was worried Autumn would see it and spoil the surprise when the moment wasn’t right. I had to keep reminding myself that Autumn wasn’t worried about what was in my pockets. She even touched it at one point without incident while I was purchasing water on the way. I managed to not panic, it was time to enjoy our hike.

Once we reached the Dam, Autumn picked a spot right next to the waterfall to set up our picnic. It was a nice shaded area above the dam where you could hear all the flowing water and feel the nice cool breeze, the weather was perfect. Autumn fed us some amazing baguettes with various lunch meats and fresh mozzarella. We ate up on the rock wall for the dam with a gorgeous view. After lunch, I went down and kneeled on some beach sand next to the wall and continued the conversation with Autumn.

My heart started beating really fast. I tried thinking of what to say; how to transition into a proposal. All I could do was constantly worry about the people across the way and what they would do if they saw me kneeling with a ring box. After a while, and a couple of cigarettes, the people had cleared out. I had closed my eyes and enjoyed the sound of the waterfall for a moment, then the idea came to me. I asked Autumn to close her eyes and listen to the waterfall as well. I opened the ring box in front of her and asked her to open her eyes. She saw the ring, smiled, and I asked “Will you marry me, Autumn.”

I had thought through all of this planning and thinking on my part, that Autumn would need a moment to hesitate and think about this proposal. That was not the case. Autumn said yes Immediately proceeded to kiss me for a great while. Whenever she would get air she would say yes again. It was such an amazing feeling, I thought I couldn’t feel more in love but Autumn always finds a way to top that.

When I was able to give her the ring she asked me how I could be so sneaky. Apparently she had thought she would know when I was going to propose. There were so many times where I was paranoid that she knew what I was doing behind her back. I was so happy to find out that I surprised her.

She asked who else knew and I told her about asking her mother. I then presented her with her mother’s engagement ring that I had held on to. I told her about all the other friends and family that knew, and she couldn’t believe how well they all kept the secret.

We hiked back to the parking lot. I joked about how horrible the walk back would have been if she said no. We went out for gelato and she had called her mom. She started the conversation stating how sneaky they were and they still kept the secret until she said I had proposed.

During all this, I posted a tweet from my phone saying she said yes. That went on to Facebook, the comments were a whole lot of fun. All our friends were so great though this. We had a lot of fun reading those comments and getting phone calls. The best part is finally being able to share ideas with Autumn about the wedding. 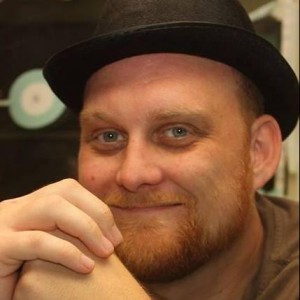